Siebold Viburnum – Viburnum sieboldii
The Siebold Viburnum is a small tree or large shrub. A native of Japan, it was brought to the west by the famous Philipp Franz Balthasar von Siebold, botanist and explorer from Germany. Siebold lead an interesting life, he lived in present day Jakarta and collected many plants from Japan and Java. He was allowed to live in Japan during the era of “Sakoku” a time when no foreigners were allowed to enter the country and no Japanese were allowed to leave. He was banished after 8 years when the Japanese government accused him of being a Russian spy.

The small tree has large leaves and when bruised the leaves smell like burnt rubber. It has white flower and red fruit, which make a tasty snack for birds. Siebold Viburnum leaves stay on most of the winter and most of the fruit is eaten by birds so the tree is not very messy, which many people like. It is the Viburnum most resistant to the Viburnum leaf beetle, an invasive insect from Europe that feeds on many Viburnums. It is also very resistant to other pests and diseases. It is good for planting in road centers or landscape areas where it has room for root expansion. Regular pruning is required for it to have an upright, tree-like form. 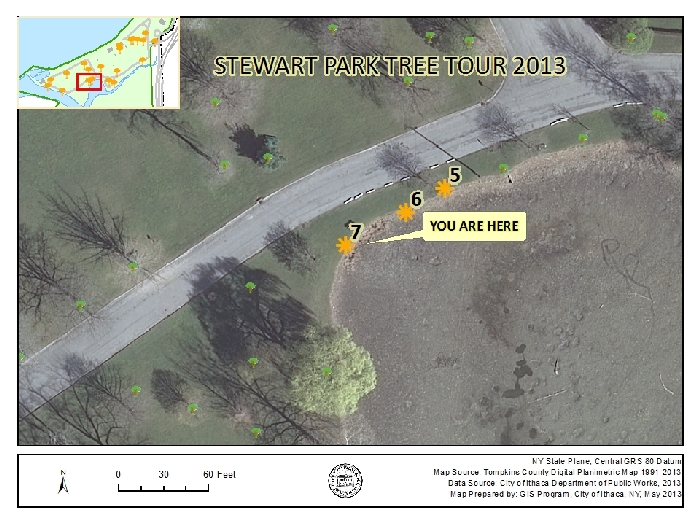