Green Ash - Fraxinus pennsylvanica
This native tree is widely planted as a street tree in the eastern United States. It is considered one of the most desirable trees to make electric guitars. Ashes are in the olive family, along with lilacs and forsythia.

Like other ashes, Green Ash can be identified by the diamond-pattern bark on older trees. Don’t spend too much time memorizing how to identify this one though. The emerald ash borer, an insect introduced from Asia, is killing the Ashes. There is no known natural resistance in the Ash tree population and once the insect is in an area all the Ash trees are eventually killed. A tree can be protected with professional pesticide applications. It is very important not to move the wood from these trees from the locations where they have been cut because this can spread Emerald Ash Borer to new areas. All the large trees located throughout the playground area at Stewart Park are Ash trees. 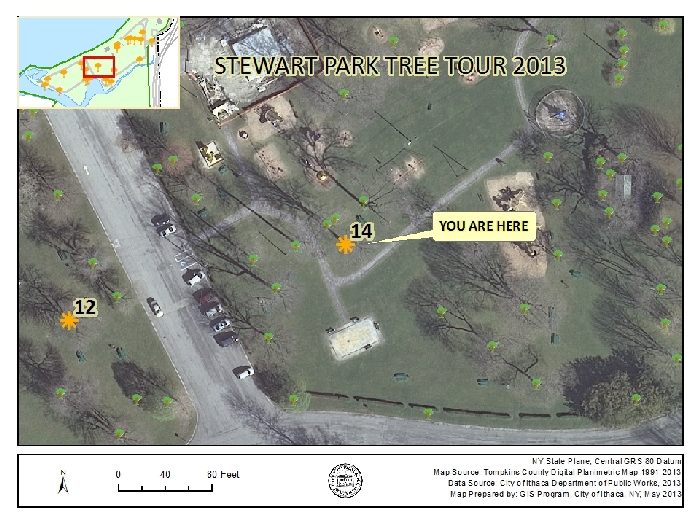