Japanese Scholar Tree - Styphnolobium japonicum
Japanese scholar or pagoda tree is native, not to Japan, but to China and Korea. The species was formerly included in the genus Sophora but is now known as Styphnolobium japonicum. Confusions of name and origin aside, the scholar tree is an unusual and impressive tree for the modern urban landscape. It grows well here in Ithaca, although we’re at the northern limit of its range.

Its most remarkable feature is its late bloom time, from August into September every year, long after other trees have bloomed. Creamy white, pea-like flowers blanket the tree for 3 weeks, making the scholar tree an unexpected and eye-catching spectacle when in bloom.

The tree is called pagoda or scholar tree because it was often planted around Buddhist temples for its beautiful, fragrant flowers and welcome shade. Scholar trees were introduced to the West in 1753; there is a venerable scholar tree still growing in Kew Gardens in Britain, one of its five "Old Lions" planted in 1760. 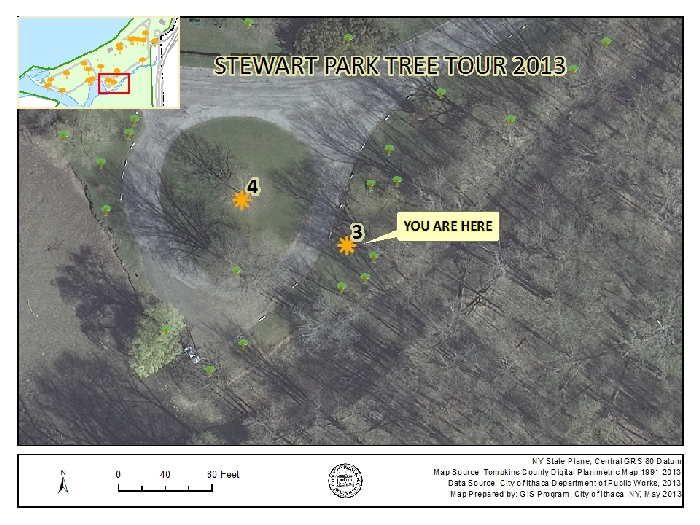 Scholar trees have deep green pinnate or fernlike leaves that remain green late into autumn. Young trees are densely rounded, slowly becoming upright and spreading with age. Their medium size and handsome shape, accented by beautiful flowers and foliage, and strengthened by a carefree disposition and tolerance for urban conditions, make them good city trees. They are incredibly drought tolerant but resent wet feet.

The seedpods which develop in October and resemble strings of beads, hang into winter and are readily eaten by birds. Yellow and grey dyes obtained from the pods have been used in the silk and batik industries. Styphnolobium is one of the 50 fundamental herbs in traditional Chinese medicine for its haemostatic and astringent properties.

There are legends in China and Japan about the demon spirit in the scholar tree. Its Chinese name combines the symbols for wood and demon, and because the tree in the wild often is found alone, not with other species, legend says it is inhabited by capricious spirits.