London Plane Tree – Platanus x acerifolia
The most striking feature of the London Plane Tree is its flaking bark that peels to reveal a lighter colored bark underneath. It might also be called the tree with the camouflage or jigsaw puzzle bark. A member of the sycamore family, the first record of the tree was in 1663 when the hybrid of the American and oriental Plane tree was found growing in London, where it is the dominant street tree. It also comprises 4% of New York City trees, but 14% of the city’s total leaf area and it gives a lot prettier, shady, air-filtering, evaporative-cooling leaves per single trunk than most of the other species in a city. London plane trees are the best trees in New York City for carbon storage and sequestration.

The leaves are coarse and resemble maple leaves in shape and have 3 to 5 sharply pointed lobes and may measure up to 6 or 8 inches long and 8 or 10 inches across. They have smooth, dull medium green surfaces and paler undersides with hairy veins. They emerge in late spring, most dropping in December. The flowers emerge in late May or early June about the same time that the leaves show. They are formed in round clusters about 1 inch in diameter. A yellowish green, both male and female are inconspicuous. These clusters develop over the season into seed balls that are brown and fuzzy.  About 1 to 1 1/2-inches around, they are green at first, turning brown as the seeds within mature. These balls hang on the tree, two or three to a stalk, through the fall and much of the winter before beginning to shed the seeds in the spring.  They are not attractive to wildlife. The tree can also be pollarded and pleached to form lovely hedges and allees. 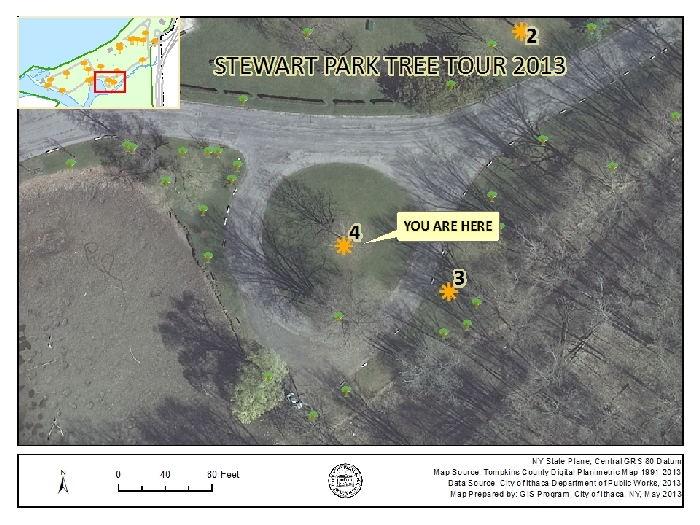