Yellow Buckeye – Aesculus octandra
Yellow Buckeye, Aesculus octandra, is a native to the Appalachian mountains of North America. A tall, broad deciduous tree, it is most notable for its large, erect inflorescences of yellow flowers in May and in autumn, beautiful shiny brown hard fruits that children often like to collect and play with. The large leaves are palmately compound, which means the leaflets attach at the same point and look like the palm of a hand, with five leaflets per leaf. This relative of the horse chestnut is not effected by the leaf blight disease that causes the leaves of its cousins to turn brown and drop prematurely in late August. Because of its size and need for deep moist soil, the Yellow Buckeye requires a large space such as a park. 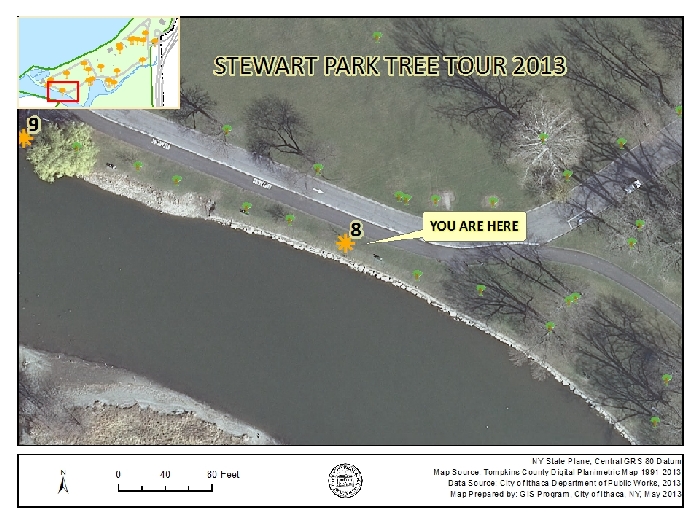