Eastern Cottonwood (also called Easter Poplar) - Populus deltoides
This gigantic Cottowood specimen tree can be found on the countywide Big Tree Tour. It is purported to be the largest tree on that search done in 1998. Its circumference is approximately 19 feet!

The fruits, or seeds, of these trees are tufted and represent a cottony mass which is seen under and around the trees in early spring (sometimes clogging up waterways); hence, the common name cottonwood. Another name, Necklace Poplar, alludes to the resemblance of the long narrow line of seed capsules to a string of beads. Its mature trunk has extremely thick bark, so thick that it can survive forest fires with only some outer bark loss. Its triangular leaves flutter in the slightest breeze, as do those of most poplars.

These trees are in the Willow family and like willows are fast growers, 4' to 5' per year and can grow from 75' to 100' high and 50' to 75' wide. Their wood is generally weak and they are rather short lived as trees go, living usually only about eighty years or so. But due to their rapid growth they can provide quick shade in parks and recreational areas.

The native habitat is Quebec to North Dakota, Kansas, Texas and Florida. 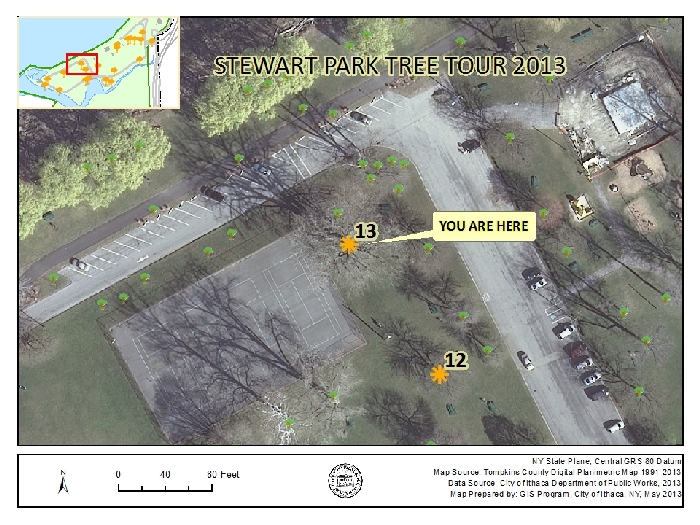