Dawn Redwood - Metasequoia glyptostrobodies
In front of you stands a living fossil, once thought to be extinct, and only recently rediscovered due to a peculiar combination of circumstances and lore that seems to come right out of the pages of a storybook.

As the story goes, in 1941 with the threat of a full-scale Japanese invasion of mainland China, exploration for new, safer territories began into the previously remote portions on the country. One day while conducting his survey in the Sichuan Provinces, a forester by the name of T. Kan chanced upon a tree unlike anything he had ever seen before or was even remotely familiar with. That tree was huge, and even today we do not know the ultimate size of dawn redwoods growing in gardens and parks across North America since most were planted less than one hundred years ago - not very long for trees that can live to be several centuries old!

Botanists in Nanking were baffled by this mysterious tree, and could only conclude that it was unknown to science. It created quite a stir in the botanical world, and by 1946 it was on its way to being collected and propagated around the world, today existing in parks, yards and gardens in many different countries and continents. 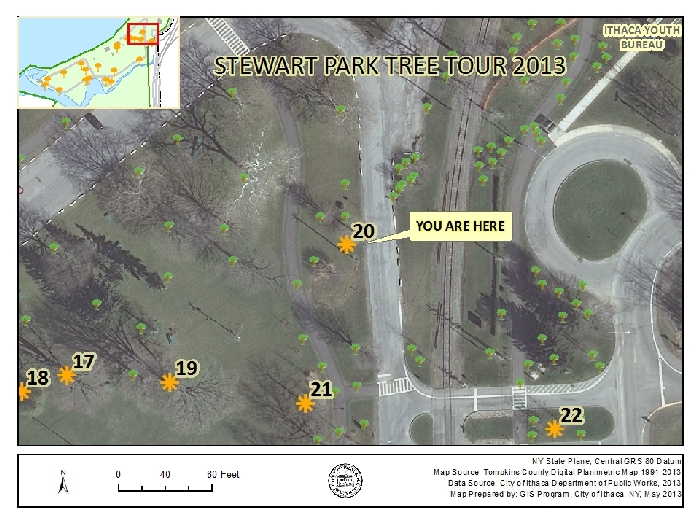 Metasequoia glyptostroboides, or dawn redwood, is an ancient species of conifer. Dawn redwoods and baldcypresses, along with coastal and Sierra redwoods and many other species - a total of ten in all - are all members of the Redwood family, or Taxodiaceae.

Interestingly, the dawn redwood is a deciduous conifer; that is, it sheds its needles every fall. Known from the fossil records to have once grown here in North America many millions of years ago, it is truly special to see it once again growing in North America - in fact, growing right here in front of you!