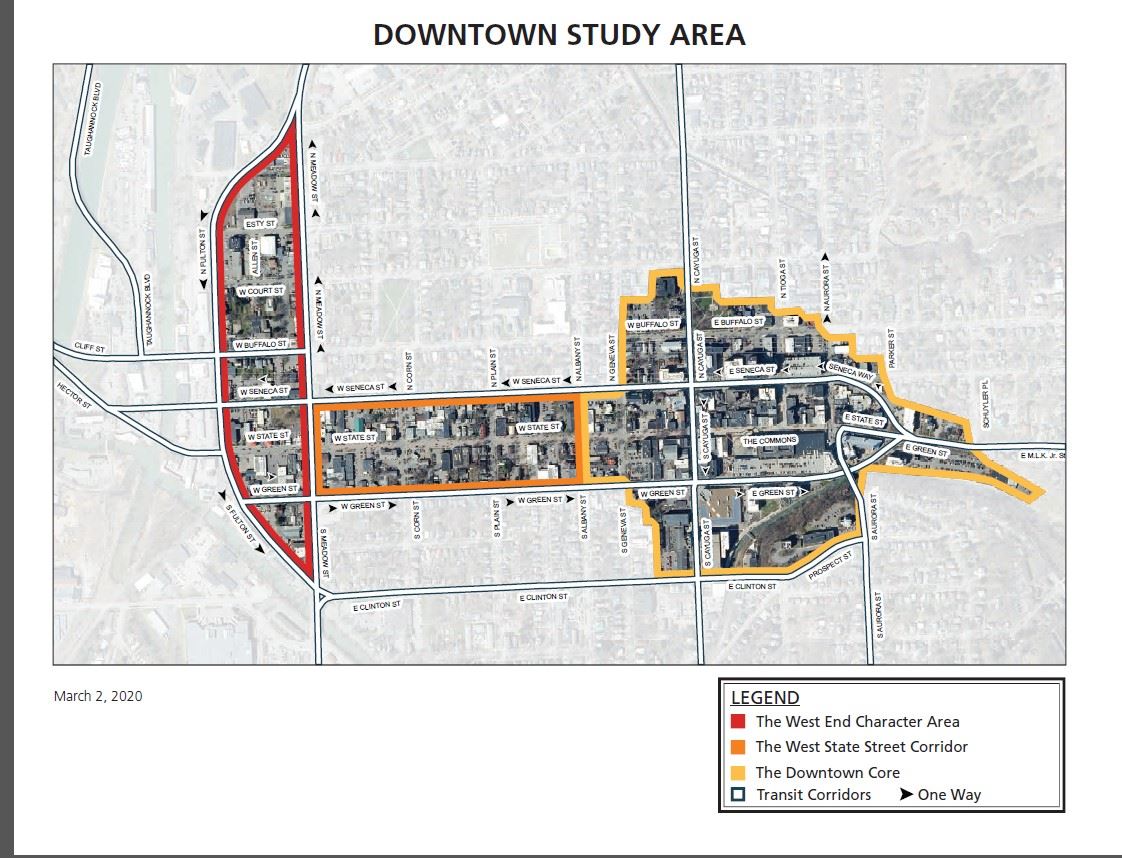 In 2010, the Downtown Ithaca Alliance (DIA) completed a 10 years strategy for Downtown, which was intended to provide goals for downtown. The City accepted the plan and it has been used to guide the City in various initiatives and development opportunities.

In 2015, the City completed Plan Ithaca, as phase 1 of the City’s Comprehensive Plan. The City is now in the process of completing phase II of the plan, which is a series of area plans that focus on specific neighborhoods in the City. As part of this process the City has partnered with the DIA to complete a joint Downtown Area Plan.

As part of this process the City/DIA is performing a number of surveys in order to solicit feedback from businesses, residents and visitors that use downtown. We are interested in finding out how people use downtown, what kind of experience they have, positive aspects, and recommendations for any improvements.